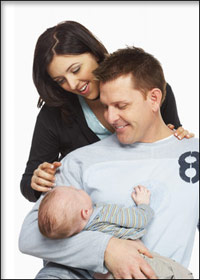 The diagnostic analysis of human semen and/or sperm can reveal answers to the cause of a couple's infertility and post vasectomy semen analysis. This analysis measures the number of sperm present in the ejaculate (sperm count) and measures the total volume and the percent of the sperm that are moving (motility). No significant white or red blood cells, sperm clumping and/or hyperviscosity should be present. Semen analysis results are determined according to the guidelines established by the World Health Organization (WHO).

These two advanced parameters are not included in diagnostic semen analysis all the time. Strict morphology of spermatozoa explains the detailed morphological abnormalities of sperm. This helps to find the causes of failed fertilization when semen having normal values is used for insemination. If the motility of the semen analysis is less than 45%, vitality staining is performed to confirm the presence of living sperm. In some cases sperm may show no progressive motility but still be alive. Staining of sperm with vital stains helps to know the ratio of live and dead spermatozoa especially in case of low motility. Not all the immotile sperm are dead, staining of sperm differentiate between live and dead sperm. The presence of a large portion of "live" but immobile sperm may be an indicator of a structural defect in the sperm tail.

Retrograde ejaculation is a disorder that causes the semen to be released backward into the bladder during ejaculation. This condition may be congenital but also may be found in men with diabetes, multiple sclerosis, or who have had previous prostate surgery. It may be a side effect of certain medications, such as antidepressants and blood pressure medicine. Urine is collected and studied to determine if there is retrograde ejaculation present; if so, the sperm is evaluated.

Testing of Sperm for Anti-sperm Antibodies for Male and Female

This is the only diagnostic test to indicate the presence of antisperm antibodies (ASAB) in human fluids and tissues. There are two types of ASAb. Type-1 immobilizes the sperm and Type-II masks the sperm receptors that may result in infertility by inhibiting the binding of sperm to the oocyte. The ASAb may be detected in both males and females. The degree of ASAb binding and/or the location of binding on the sperm may be relevant.

The most basic preparation is the sperm wash. This technique removes the sperm from their natural fluid and places them in an artificial fluid which improves sperm motility, longevity and the ability to penetrate an egg upon reaching the site of fertilization. The gradient centrifugation, the most common and successful preparation, allows separation of the sperm with the best movement from those with poor or no movement. Occasionally the sperm count or motility is too low to do the gradient centrifugation. If this is the case, alternative techniques, such as a sperm incubation, can be used.

The Andrology laboratory also offers sperm freezing. There are many reasons to freeze sperm, including prior to an impending vasectomy, prior to treatment with irradiation or chemotherapy, prior to the use of certain medications, after vasectomy reversal, for couples undergoing insemination where the husband is frequently gone and prior to in vitro inseminations(IVF). Sperm are frozen by adding a "cryoprotectant" solution to the sample, mixed gently in a small plastic cryovial and the placed in liquid nitrogen vapors until frozen. Samples will be destroyed or eliminated anytime by signed written notification from the patient.

TESA is one of the newest state-of-the-art technology provided by the CGFI IVF Program of Middle Georgia. The TESA procedure removes sperm directly from a man's testicles, bypassing his reproductive tract. The CGFI Program has been successful in retrieving sperm in 100% of cases, reporting no difference in fertilization rates in males requiring TESA compared to males with low sperm counts (total motile sperm < 20 million when combined with Intracytoplasmic Sperm Injection and IVF.)

Men who have a low or absent sperm count due to obstructive causes like failed vasectomy reversal, absence of vas deferens or scar tissue in their outlet track can benefit from this new procedure. This may also benefit some men who make low levels of sperm due to problems in the testicles.